Another successful season has come to an end with two Hillcrest teams winning their respective divisions and a significant improvement in skill levels. 2022 has seen the welcome addition of Grant Bradburn to the cricket coaching staff and his skill sessions run each Thursday morning have added a new dimension to trainings. Three boys and one girls team competed in competitions this year, a one hundred percent increase on last year.

It was great to get a girls team together for the first time in a couple of years with a new bunch of promising Year 9’s joining. While they were outmatched by teams that were significantly older and more experienced it was awesome to see the enjoyment and improvement from the girls over the season. Thanks to Andrew Strawbridge and Grant Bradburn for guiding the girls throughout. Standout performances came from Makayla Reilly with 28no against Rototuna and 22no against Waikato Dio,  and Tashika Desai with 21no against Rototuna. We look forward to building on this next season. 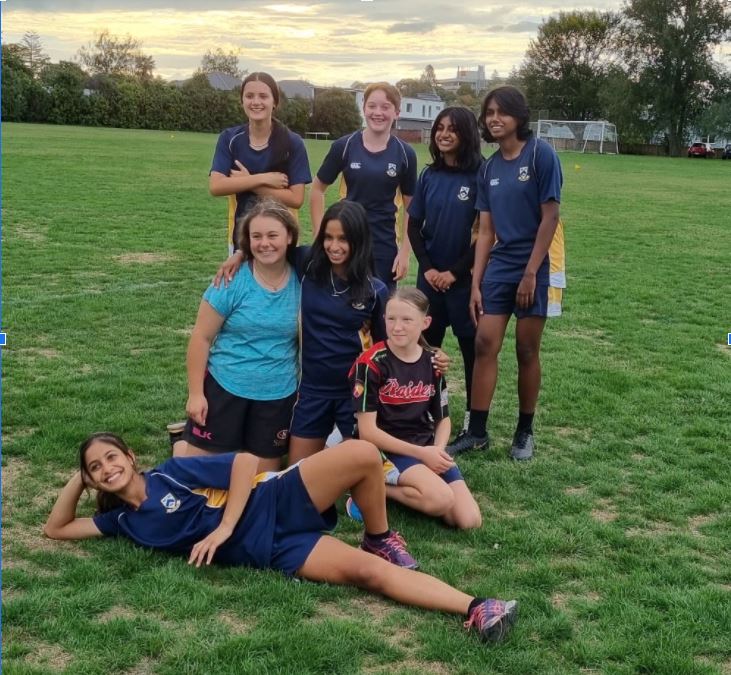 The junior development boys team, ably coached by brothers Tom and Sam Roberts, are a keen bunch of cricketers who have made great progress this year. Although they were not able to win a game the coaches were pleased with the effort and commitment from the boys which will hold them in good stead for next season. Significant contributions came from Cadel Hughes with 35no against St Paul’s, Kale Ryan with 3/9 against the Combined Girls and Ethan Collins with 31 against HBHS. 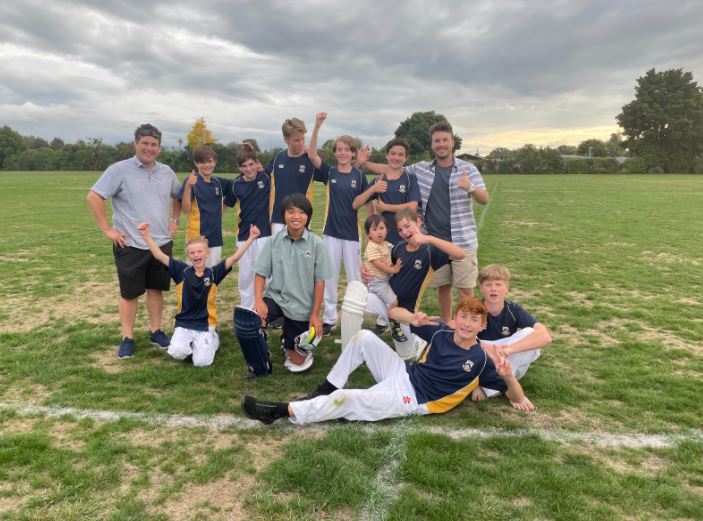 The colts boys had a great season, winning the Year 10 grade with a dominant performance over Matamata in the final. Once again coached by Trevor Mathieson and Alex Hennebry the team was regularly affected by covid meaning they played most games with 9 or 10 players and had several close losses. Despite this they were able to win their semi final against HBHS and then took out the final with a great team performance. Captain Alex Mathieson was to the fore with the bat scoring 32no while being supported by Cody Hennebry (22) and Saber Khawrin (19). All seven of the bowlers used took a wicket and there was some great catching to have Matamata all out for 146, nine runs short. Other noteworthy contributions during the season were Finn Roche with 26 against HBHS, Yousuf Tayyab with 3/29 against Matamata, Saber Khawrin with 35 runs and 5/9 against HBHS and Gurkirat Gandham with 37 against HBHS. Congratulations Year 10 champions! 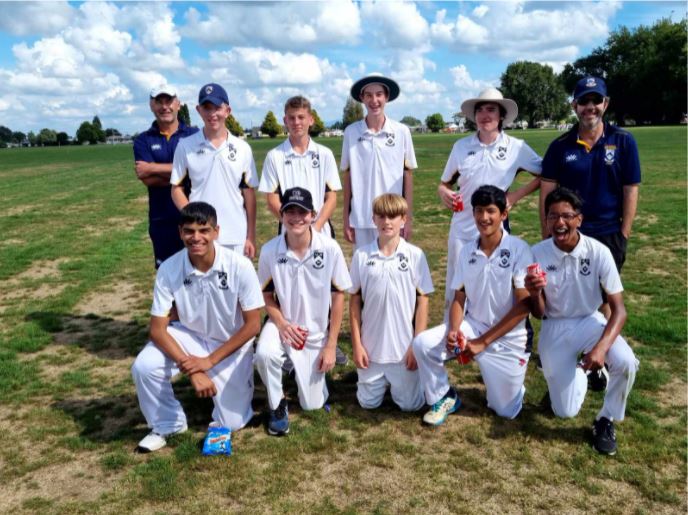 After winning the 2B competition in Term 1 2021 the First XI were elevated to the 2A competition and had another dominant season, going unbeaten throughout, including the final against St John’s. Coached by Mr Pieter Blignaut and supported by Mr Grant Bradburn, the boys grew as a team and improved their game play from week to week. Tana Giles and Bakhtullah Khawrin were the stand out individuals with Tana scoring over 330 runs and averaging 66 with the bat  (including a magnificent 155no against HBHS) while Bakhtullah took 14 wickets at the impressive average of 8.79 runs per wicket. Tana was the competitions leading runscorer and Bakhtullah was third on the wicket taking tally. Captain Nico Bhula scored 136 runs and took 9 wickets, Michael Hamilton took 10 wickets and Jamie Kennedy 127 runs. All these players were in the top 10 in their respective disciplines. The boys will now take up the challenge of stepping up to the Division 1 grade in Term 4 and will take on Hauraki Plains College in the Gillette Cup qualifiers later this week. A fantastic season by the boys, congratulations Division 2A champions! 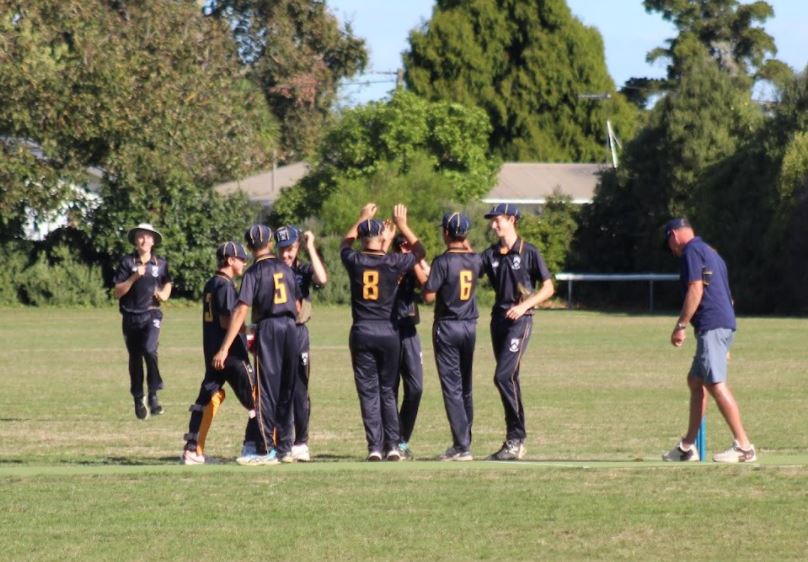 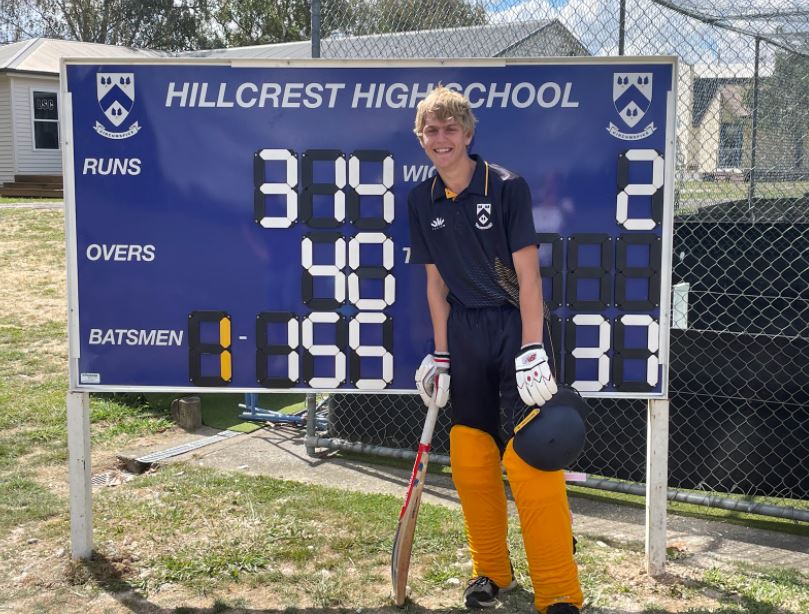