Hillcrest had two teams in thr the Epro8 (engineering challenge) finals at Waikato University. The teams were:

Tana Giles, Josh Hogarty, Sam Jack and Nico Nel and Elizabeth Chen, Fionna Sun, Bianca Kiong and Ashley Chiang.
It was a tough competition with 12 teams competing, most very experienced. Teams had 2 1/2 hours to build as many of the challenges as they could. Tonight’s challenges were music themed which included building an automatic drum kit and a rotate-able spotlight.
The year 12 boys team came a very close 3rd on 780 points (a record breaking score) behind John Paul College and Tauranga Girls who both scored 800 points. The organisers were very impressed at the level achieved in the competition.
Our second team didn’t place but did themselves proud.

A very exciting night. We were very proud of the achievements of both teams. 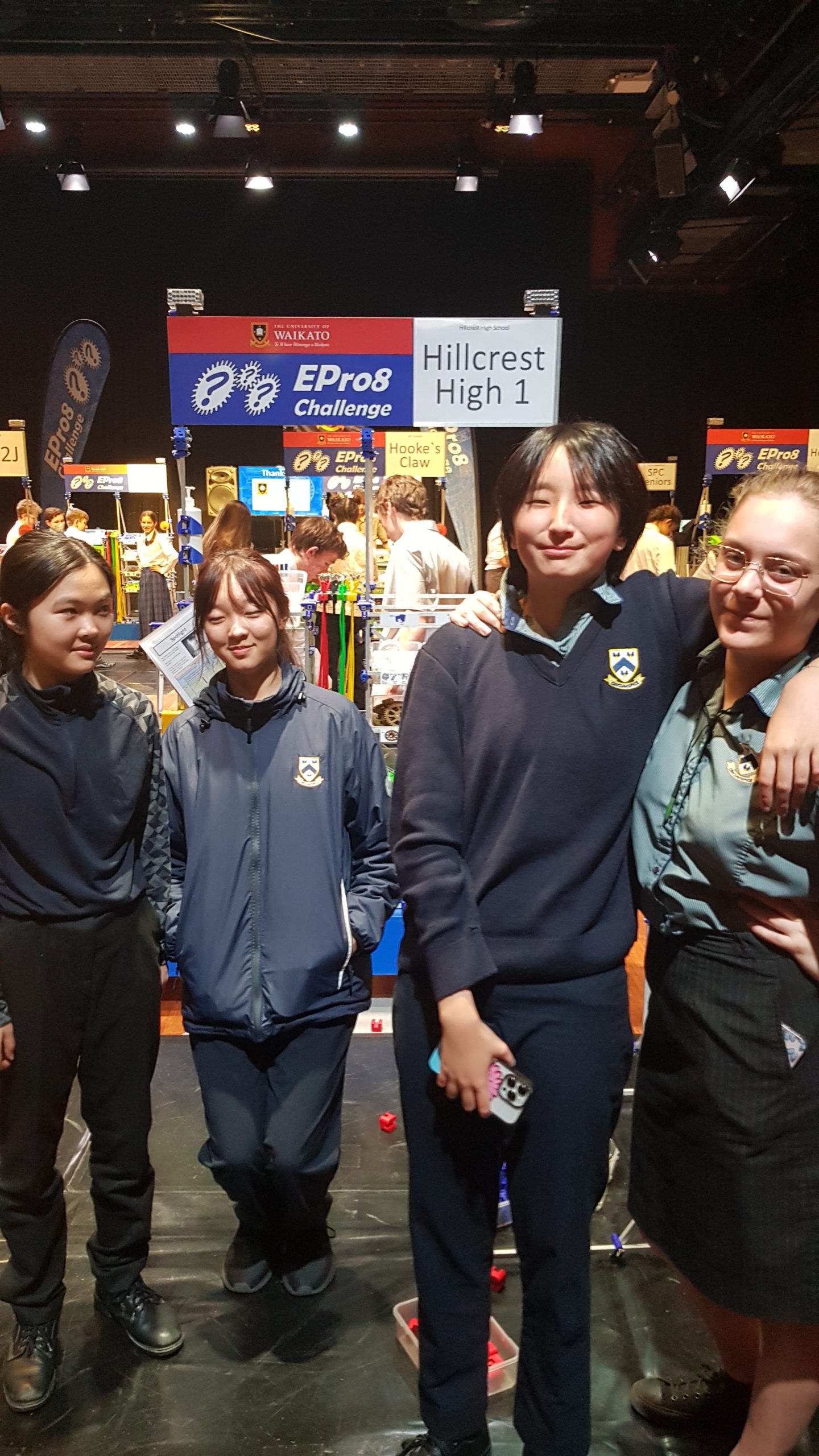 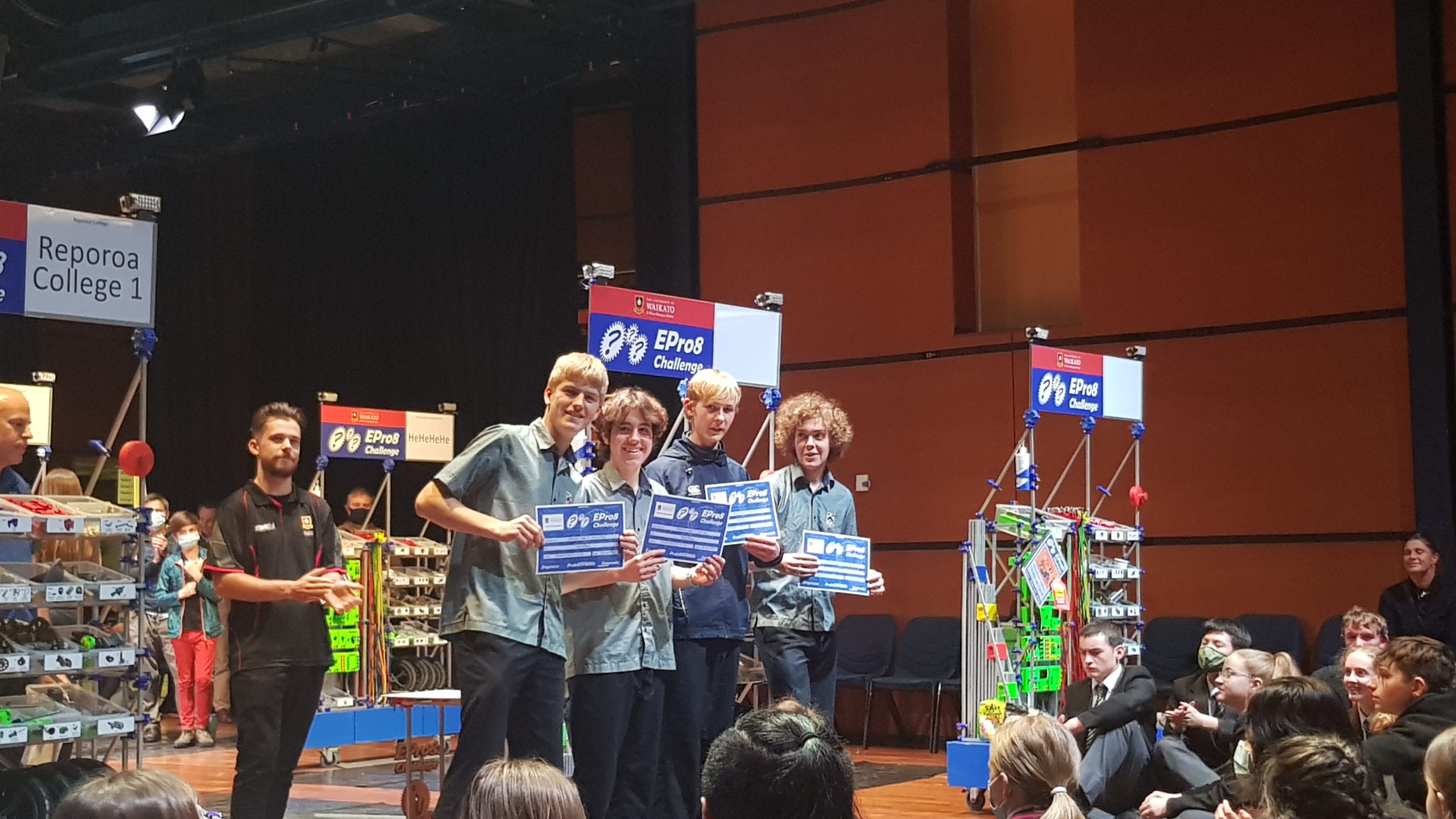