It has been a successful Term 3 for HHS debaters. Janet Guo captained the Aotearoa NZ Secondary Schools’ Debating team at the World Schools’ Debating Championships in August. At the same time, the premier team (Jess Licht, Sarah Crowther and Chaelin Park) competed in the semi-finals of the premier section of the Waikato Schools’ Debating competition, while our Yr 10 team “The Red Hot Hilly Peppers” ( Annika Fang, Avee Belhamine, and Yusuf Van Werring) won the Junior Open Division.

At the Waikato Secondary Schools’ Debating prizegiving Jess was named top speaker of the premier division, and Janet was second. In the junior open division, Avee was named fourth best speaker, and Annika was fifth. Khadija Tayyab was named fifth best speaker in the Junior Novice division. Jess also received an award for second place in the debating Talk About It speech competition.

The premier debaters have put a lot of time and effort into coaching our junior teams this year; it has been awesome to see our senior students being so proactive and enthusiastic with helping our juniors. 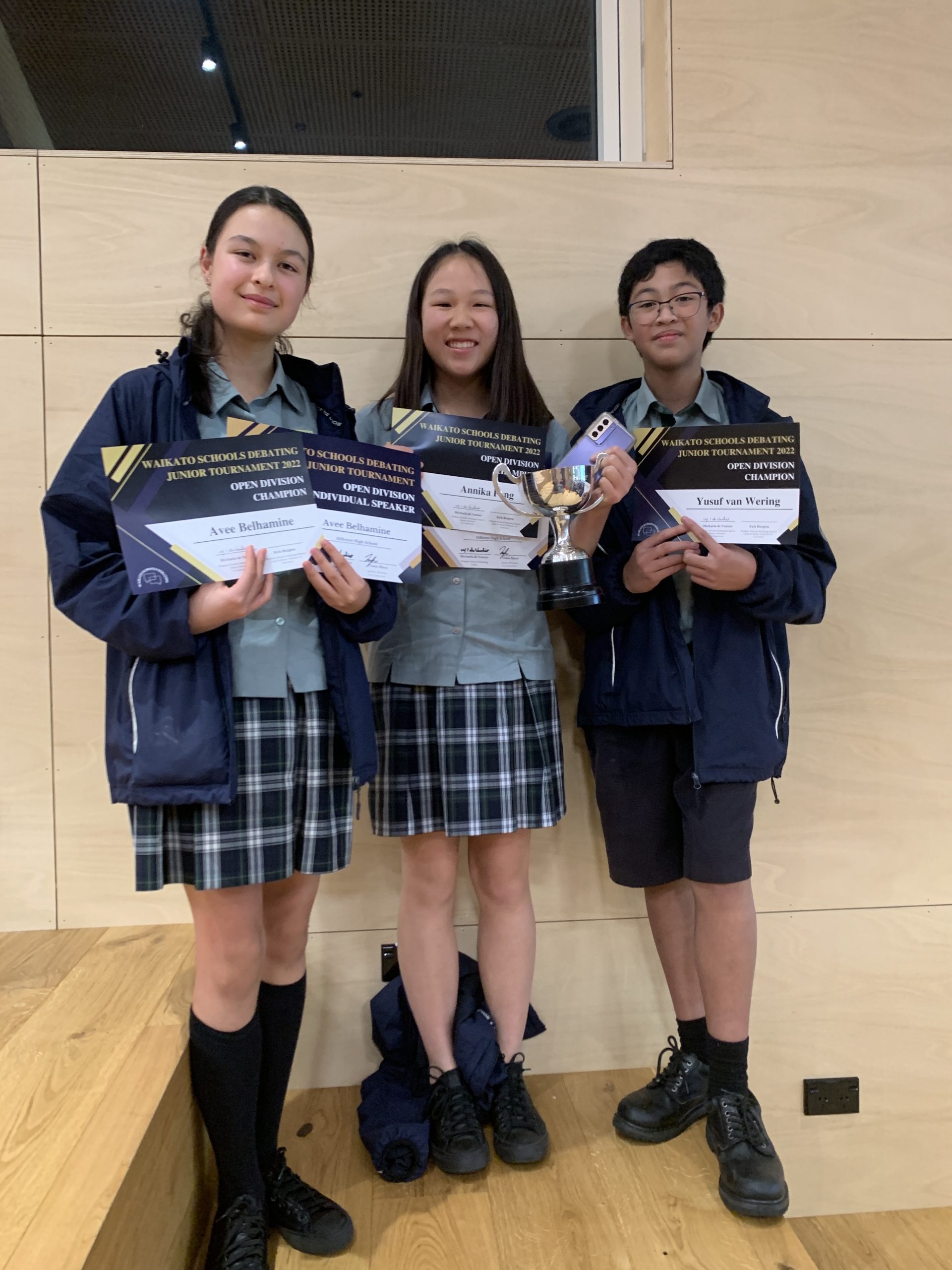